Eurostar is the high-speed rail operator offering services between the United Kingdom, Belgium, France, and the Netherlands. Launched in 1994, Eurostar has become the dominant operator on these routes, carrying more passengers than all airlines combined along the same routes.

As Eurostar grows beyond 10 million transported passengers per year and we expand our reach further into Europe, having a flexible reservation system is critical. With its combination of agility, stability and responsiveness as well its willingness to work closely with our in-house development team, Sqills has proved to be the perfect partner.

The implementation of S3P for Eurostar kicked off in March 2019 and was led by Eurostar’s IS team. Their internal implementation team, combined with Sqills’ product and technical support and consultancy firm Wavestone’s business and functional knowledge, provided a solid foundation for a successful launch of S3 Passenger for Eurostar in March of 2020.

One of the more challenging requirements of Eurostar was to be able to sell tickets via the airline distribution systems (GDS), the primary reservation tool for travel agents. To this purpose, Sqills built a direct connection between S3P and the main GDSs, making it possible to position Eurostar tickets alongside airline tickets, making the Eurostars offer an easy alternative to flying.

Since migrating to S3P, Eurostar has taken advantage of the many benefits S3P has to offer. Not only has it led to substantial cost savings, it also brought the desired flexibility of data management and improved disruption management. On top of this, S3P fits perfectly in Eurostar’s event-based architecture, providing real-time booking messages. 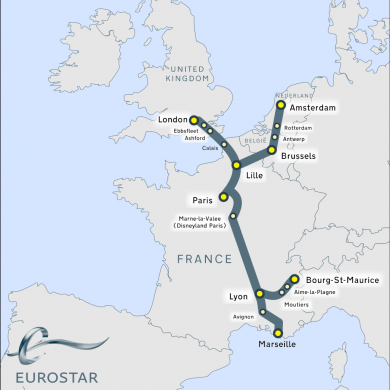 Sqills in Amsterdam at the World Passenger Festival as Gold Sponsor

Sqills at InnoTrans 2022 in Berlin